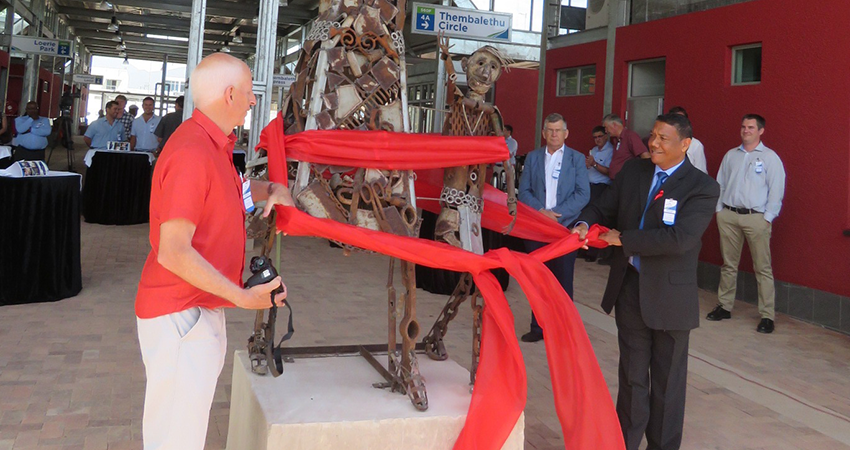 The George Transport Hub, a new, modern passenger service centre in the city centre, was inaugurated with great excitement on Thursday 8 December 2016, exactly two years after the first phase of the GO GEORGE bus service had been rolled out.

Construction on the Hub started at the beginning of June, and was finished perfectly on schedule despite the challenge of buses stopping and departing around the horseshoe area until about a month before completion.

An eye-catching feature of the Hub is the 3-meter high recycled steel statue of a female passenger and child by Southern Cape artist Boshoff Botha. The unusual artwork was unveiled by Mayor Naik and Stokes.

Energy saving in the Hub is brought about by using natural light and ventilation, while low water usage toilets score points on the green side. The galvanised steel structure and finishes do not require paint and contribute to the low maintenance required by the building.

“Council shares in the excitement of the community and will do everything in our power to keep it a safe environment for everybody using the bus service,” said Naik. “At the same time, I want to appeal to residents to take ownership of the George Transport Hub, to take pride in this beautiful building and help us keep it clean and in mint condition, and a pleasant space to spend time while waiting for the bus. George is privileged to have been entrusted with a public transport service of this magnitude. Let us cherish this great gift and all that goes with it.” 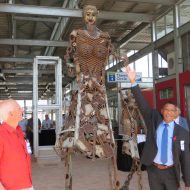 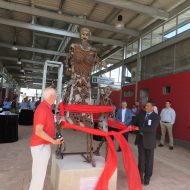 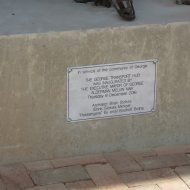