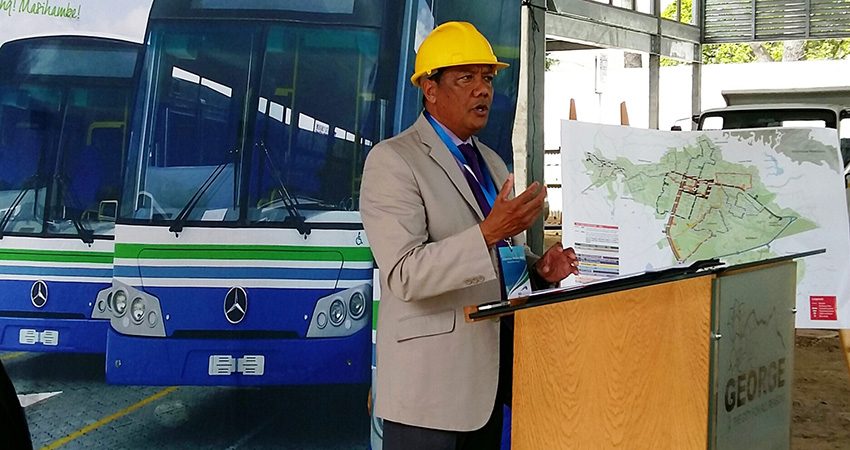 “It gives me great joy to announce today, that the GO GEORGE bus service will roll out to our residents in Thembalethu on Sunday, 11 December 2016!”

This announcement by George Executive Mayor, Alderman Melvin Naik, at a media briefing at the George Transport Hub today, was met with excitement.

Residents of the areas in Phase 4 are keenly awaiting the service. Following a council resolution earlier this month it was also announced today that the roll-out will be split in two to accommodate the huge expansion of the service. Phase 4A will see Thembalethu residents getting their buses in December, while the rest of the suburbs – Conville, Parkdene, Borcherds and Lawaaikamp – will form part of Phase 4B, becoming part of the system early in 2017, once Phase 4A has settled.

Ald. Naik linked this announcement to the CBD rerouting of the three main Pacaltsdorp routes, that will be implemented on Sunday, 6 November 2016. This rerouting will spread stops and passengers over a wider area of the CBD thereby picking them up or delivering them closer to their places of work and schools.

Energy saving is brought about by using natural light and ventilation, and low water usage toilets score points on the green side. The galvanised steel structure and finishes do not require paint and contribute to the low maintenance required by the building.

Alderman Naik promised a celebration on 10 December 2016 when the George Transport Hub will be inaugurated. “Urban renewal and regeneration of the CBD is an important cornerstone of the strategic business development plan for George – and GO GEORGE and the Transport Hub forms an integral part of this revitalisation drive. In the meantime, we thank passengers for their patience and cooperation during the construction period,” he said. 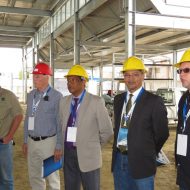 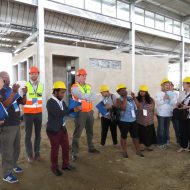 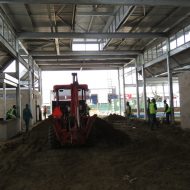 Next ArticleLong negotiation process concluded in 2014