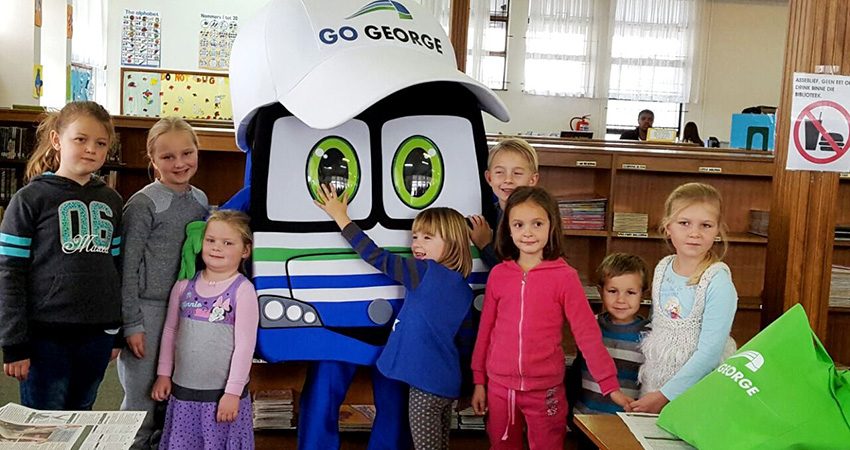 The GO GEORGE mascot’s first week of official duties is over and photographic reports show that the little guy made friends as far as he went, and is everybody’s latest choice for a selfie. Young and old flocked to meet him and enjoyed his wit and cheerful personality. He visited several libraries where kids were involved in holiday programmes and encouraged them never, ever to stop reading. Here a group of fans posed with him at the George Library. GO GEORGE is inviting the public to participate in a competition to name the mascot. Post your suggestion on their Facebook page, or phone 0800 044 044 to enter your choice, before 5 August 2016. 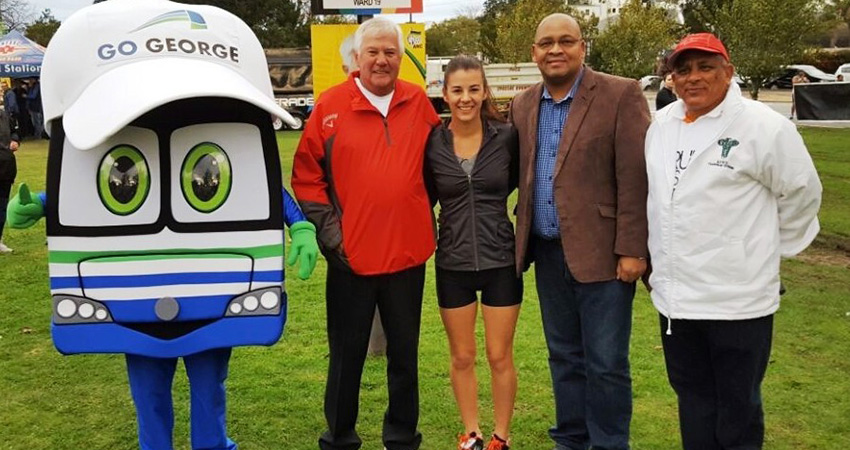 The GO GEORGE mascot was a big hit at the Madibaz Fun Run 2016 on Saturday, where he met quite a few George VIPs who were just too happy to be photographed with the latest celebrity in town. Here he is with Cnlr  Rassie de Villiers, George Olympic athlete Anél Oosthuizen, Mayor Charles Standers and Moses Gericke, President of Athletics SWD.