How is the ticket price calculated? 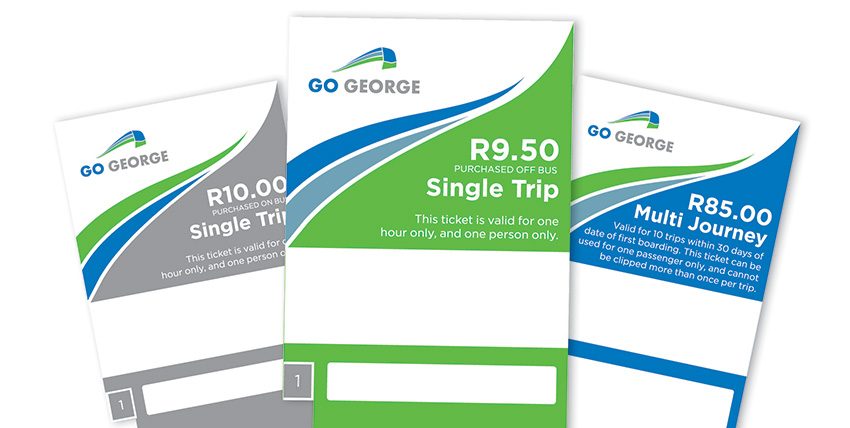 GO GEORGE runs on a distance-based fare system. All routes planned for the initial roll-out, fall within the shortest (15 km) distance band, and will be charged at the basic price of a one-hour trip.

The fare is linked to the minimum wage of a domestic worker, as determined by the Depart-ment of Labour. The fare calculation takes into account the capacity of a domestic worker to afford the cost of public transport, based upon national objectives that no more than 17.6% of an individual’s monthly income should be spent on transport.

The bus ticket tariffs are government sub-sidised and not nearly the real cost of travel, and will be adjusted annually.

It is standard procedure for municipal tariffs, including the bus service, to be reviewed and adjusted at the beginning of the new municipal financial year, on 1 July.

Careful consideration is always given to GO GEORGE tariffs, since the George Municipality stays committed to providing affordable public transport for all.