Where do the roleplayers fit into the puzzle? 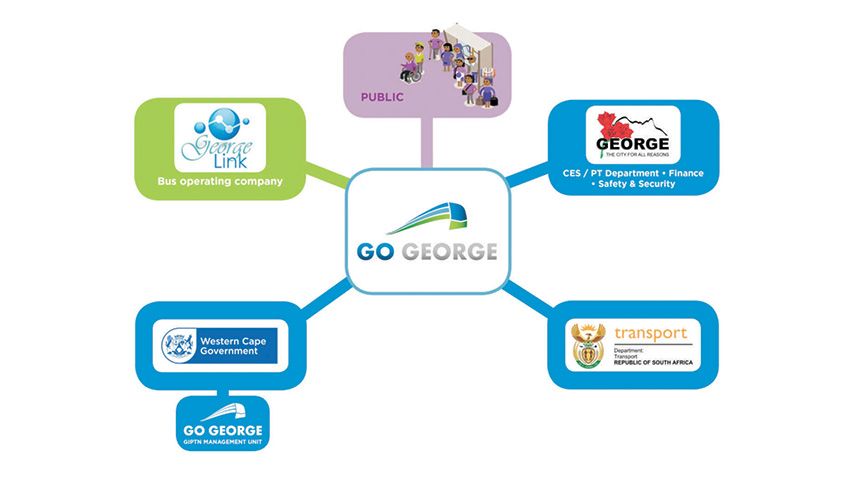 Most people have heard that GO GEORGE is the result of a partnership between the George Municipality and the  Western Cape Department of Transport and Public Works (DTPW),  with the support of  the  national Department of Transport, together with George Link (wholly owned by licensed  local minibus taxi and small bus operators). What is not always clear to the public, is what the role of each party is.

National government sets the public transport  policy that guides the process, and also provides grant funding based on very specific criteria and conditions  to cover the cost of certain aspects of the George Inte-grated Public Transport Network (GIPTN).

The Western Cape government is responsible (since 2004) for the planning and strategy behind the process of transforming and formalising the local minibus taxi and small bus industry, and the formalising of the public bus service, and has provided significant  grant funding over the years.

The GIPTN Management Unit, commonly known as the GO GEORGE office, is responsible for the strategic functions and operational management of the public bus service contracts.