GO GEORGE looking forward to expanding and improving in 2016 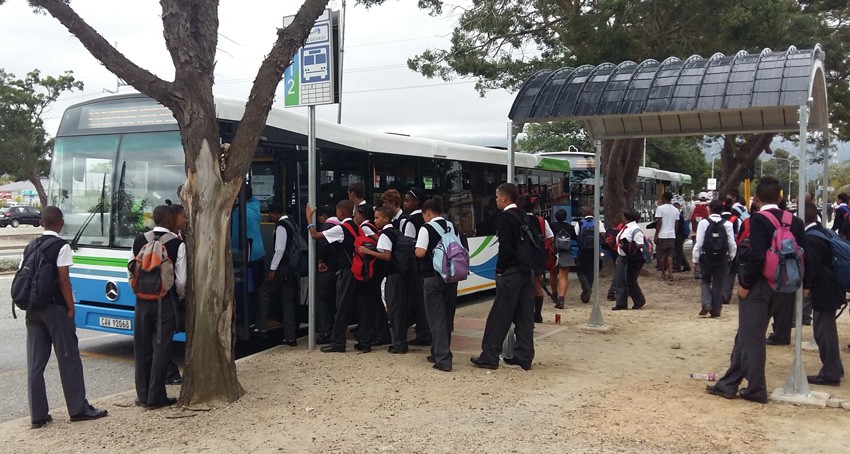 The first operational year of the GO GEORGE bus service brought the city’s own public transport system to a large part of the George community. The remaining routes to be activated this year will more than double the current service, much to the delight of those residents anxiously awaiting their turn.

“We are delighted to see more and more people making use of our bus service and are just as eager to bring the service to the rest of the town,” said George Executive Mayor, Alderman Charles Standers. “The past holiday season saw holidaymakers also travelling between destinations by bus, and a record for daily passengers was set on the 24th of December, when GO GEORGE sold 20 000 tickets as opposed to the usual average of 12 000 per day.”

According to Harold Basson, Director of Civil Engineering Services of the George Municipality, refinements to all the current routes will be implemented shortly. “We are continually processing passengers’ feedback in order to deliver a service that is beneficial to all our current passengers, while also considering the remaining phases to be rolled out and the demand that will be placed on our infrastructure and resources,” he said. “The community of Rosemoor, who were part of the first roll-out and have been unbelievably supportive during the various challenges facing a brand new service, will be very pleased when we announce some new additional routes for them as part of the refinements, as will the residents of Pacaltsdorp.”

Cllr Melvin Naik, Portfolio Councillor for Civil Engineering Services and Transport, says several infrastructure upgrades are planned for the new year. “This includes some permanent bus shelters for narrower sidewalks at first, more of the temporary shelters, upgrading of the facilities at the CBD interchange, and the installation of rubbish bins to keep bus stop areas clean. Behind the scenes, we are also phasing in systems to monitor the buses in terms of speed and compliance to routes and schedules, while further training for bus drivers and other operational staff is high on the agenda too,” Naik said.

The marked increase in passengers includes more school children now using the bus service to and from school. GO GEORGE Manager, James Robb, says this is exciting news, but at the same time putting some pressure on the system. “For instance, Heatherlands High School is a new school we have to make provision for. We are monitoring the situation closely, though, and responding to bottle necks continually, as quickly as possible, by adjusting schedules and the number of trips. This information will also inform our planning when we implement refinements. We sincerely thank the community for their cooperation and patience, and want to assure them that we do care, we do go out and assess problem areas, and we do try to implement efficient and cost-effective solutions to improve our service to the people of George.”

Previous ArticleTake the bus to school this year!