GO GEORGE goes to the classroom 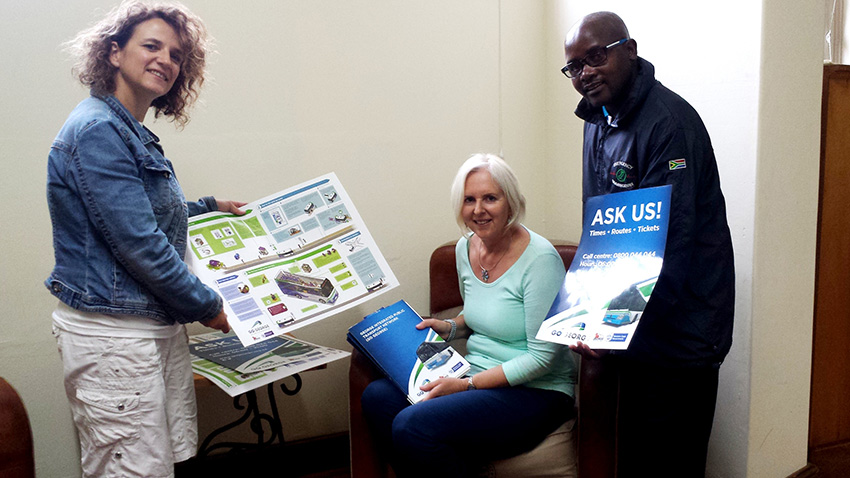 Grade 3 Head of Department at George Preparatory School, Lokkie Fourie (middle), is very keen to introduce the information supplied by GO GEORGE to the learners who are already huge fans of the GO GEORGE buses. On her left is Anna-lize Pretorius, coordinator of the educational campaign, and on the right is GO GEORGE community liaison officer, Simphiwe Schaap.

GO GEORGE has embarked on an educational campaign in schools to familiarise the younger generation with the bus system and how to best make use of the facility. A series of school visits started last week and will continue for a few weeks until all those schools that indicated their willingness to participate, have been covered.

Primary and secondary schools in George have been invited to support this local flagship project by incorporating it as part of their existing curriculum.

“Our proposal to the schools is that they use GO GEORGE as an example or practical application to complement the theoretical curriculum in subjects such as Technology and/or Art in 2016,” says James Robb, GO GEORGE Manager.  “Transport is already a part of the curriculum, and now the learners in George have the added advantage of a local public transport system to study.

“The aim of the GO GEORGE schools programme is to inform primary and secondary school learners about the system, educate learners about the benefits, and to introduce them to transport terminology and concepts, such as how to read a map, interpret timetables and plan a trip. If we can create a positive association with public transport at an early stage, we hope to motivate leaners to use GO GEORGE as a transport option,” Robb says.

Apart from school visits and talks, the heads of department of those grades that cover transport in their curriculum are being briefed by the GO GEORGE communications team, and are receiving information packs for each teacher to use in the classroom. This includes an A2 poster to put up in the class, an infographic leaflet (pictorial leaflet explaining the system and how to use it) and copies of existing infographics material.

According to Robb the aim is to make theoretical concepts such as transport more practical and tangible to learners by using GO GEORGE as an example. “Furthermore, we would like to see how the bus service inspires the learners, stimulates positive thoughts and how it affects their lives. Eventually, our communications team would like to use these art or technology projects as part of our Transport Month celebrations in October,” he says. 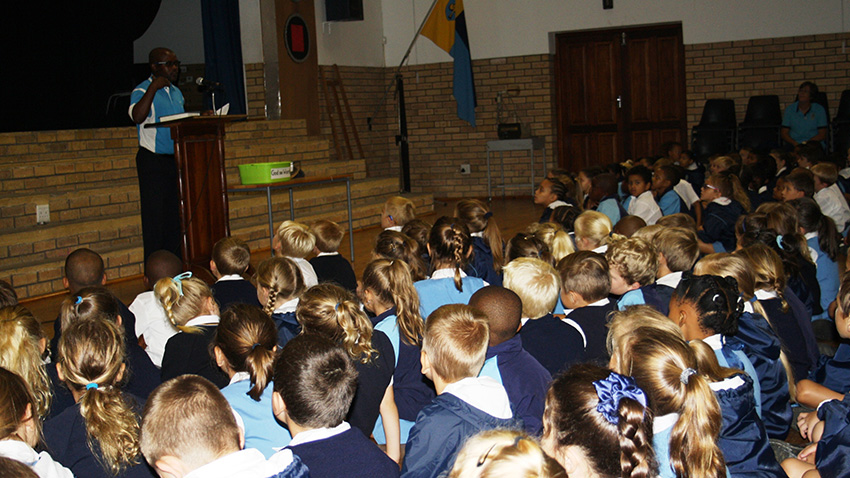 The GO GEORGE team is currently visiting schools all over town as part of their educational campaign. Here community liaison officer Simphiwe Schaap explains to the Grade 1 – 3 learners at George Preparatory School why they must still be accompanied by an adult when they take a bus trip.