There will be road closures and deviations to some GO GEORGE routes on Saturday 21 February 2015, when the City of George plays host to the Outenqua Wheelchair Challenge.

Road closures on York Street and Knysna Road will come into effect from 3am on the morning of Saturday 21 February
and remain in effect until 2pm on that day.

GO GEORGE buses will be affected as follows:

Denneoord and Loerie Park: No buses will be operating on these routes until 1pm, when normal services will resume.

Rosemoor: The service will run as per the normal schedule, but with two alterations to the route:

The City of George requests that anyone needing to travel in and around the CBD area on the 21st of February, take note of these deviations, and to plan accordingly. We ask that employers also take note of the fact that employees, who make use of GO GEORGE buses on the day, may be delayed due to the deviations and traffic delays as explained here. 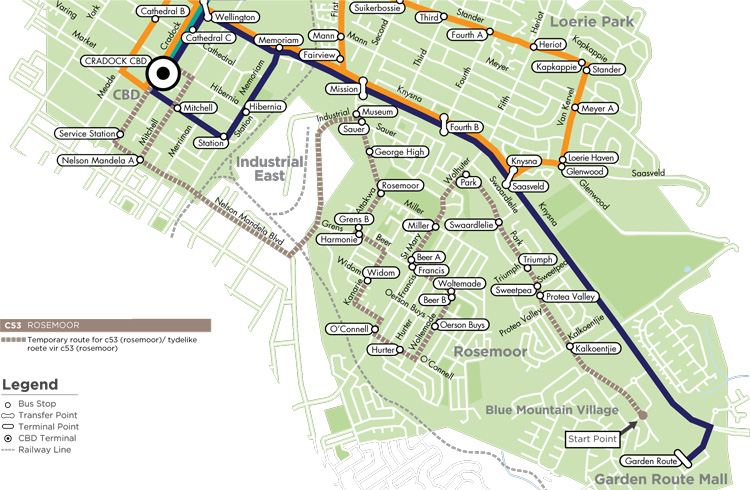