GO GEORGE has announced the implementation of some service refinements that will not only benefit passengers, but businesses in and around the central business district (CBD) of George too. These route changes, to be implemented on Sunday, 6 November 2016, link up with the George Municipality’s overall plans for upgrading the CBD, and will open the way for the remaining routes of the GO GEORGE bus service that still need to be rolled out.

Up to now, the transport hub in Cradock Street was the main departure and destination point in the CBD, with all main routes travelling to that area. However, once the remaining system routes become operational, the number of bus stops, available space and facilities in Cradock Street will be insufficient to accommodate the increase in bus trips and passengers.

“Not wanting the bus service to be compromised and traffic in the city centre congested as the bus service expands, we went back to the drawing board,” says Harold Basson, Director of Civil Engineering Services at the Municipality. “After intense deliberation and planning, it was decided to spread out the CBD bus stops over a larger area. This will not only relieve congestion in Cradock Street, but will also cover a wider area with more stops, delivering and picking up passengers closer to their places of work or schools than is currently the case.”

Essentially, the rerouting involves the three main routes travelling between Pacaltsdorp and the city centre. Routes 1A (New Dawn Park), 1B (Harmony Park) and 60 (Rosedale) will still travel via York Street, but will not turn into Market Street anymore. Instead, these routes will now follow York Street right up to the circle where it will turn right into Courtenay Street, right into Memoriam Street, right again into Market Street and back to York Street where the routes will head back to Pacaltsdorp.

Additional bus stops will be erected in Memoriam Street and Market Street. Passengers who want to, will still be able to board and alight at the new Mispel stop near the corner of Cradock and Market Streets, a very short distance from the current terminal point for these routes.

To improve peak time service, an express morning route is added that will travel along Route 1A, but will turn right into Hibernia Street when getting to town, right into Cradock Street, stopping at the transport hub, right into Market and back to Pacaltsdorp via York Street. This Route 1A Express will depart from the Protea terminal, stopping only at the Flamink, Sierrissie, Beach A, Union A, Market and transport hub stops.

Route 60 that had initially started out as the Rosedale route, was later expanded to service Syferfontein as well. After closely monitoring and counting passengers on every trip in the system for a period, it became clear, however, that the small number of Syferfontein passengers using Route 60 can effectively be serviced by Route 61 (Pacaltsdorp Community). The bad condition of the road into Syferfontein caused severe damage to the bigger buses, resulting in costly repairs. For this reason too, the minibuses will be better suited to pick up passengers in Syferfontein. During peak times, there will be enough buses to transport passengers to the main routes where they can transfer to the right bus to their end destination.

The early-morning Route 1E to George Hospital and the school hostels in George East will now travel to the hospital only since demand for the George East loop does not justify a trip to that area.

For more information or help with trip planning, the GO GEORGE Call Centre is available on 0800 044 044 from 05:00 – 21:30 daily. The latest schedules and route maps can be studied or downloaded here. 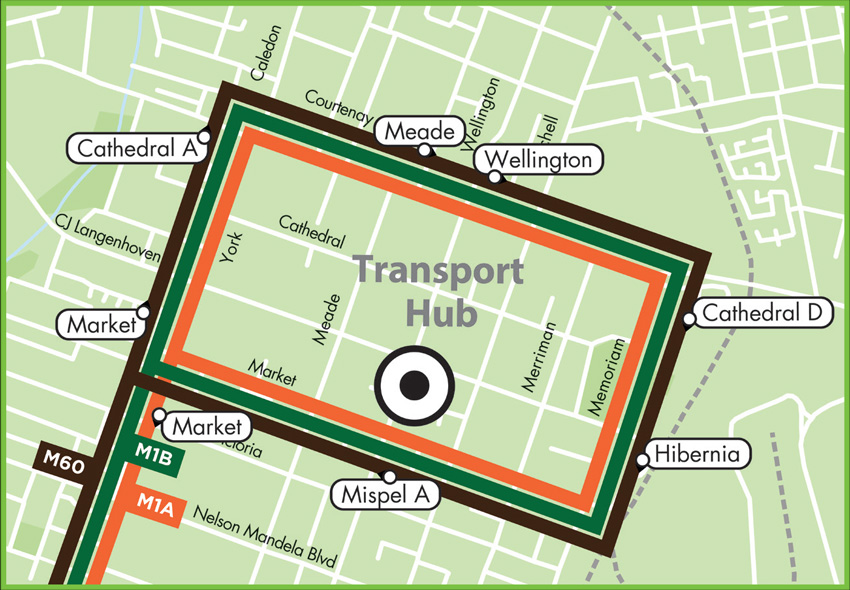 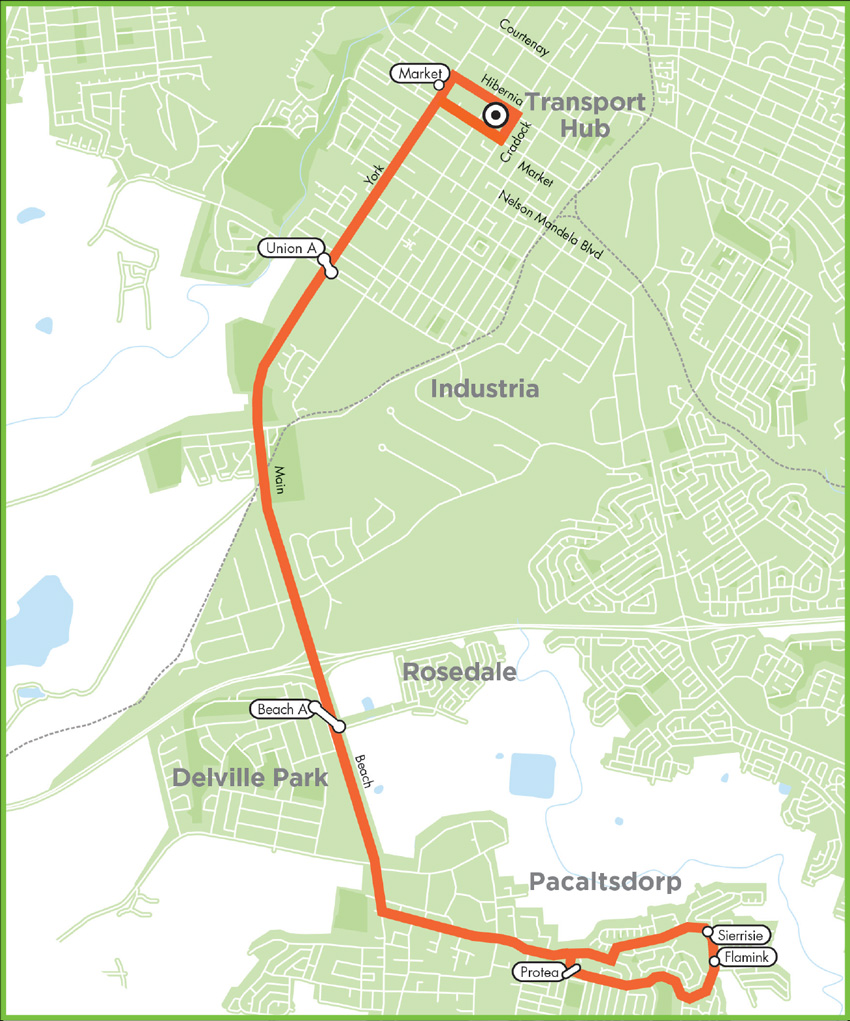