With October being both national transport month and the month of mental health awareness, a visit from the GO GEORGE mascot, Georgie, to the happy youngsters with different kinds of challenges at Legacy Centre in Denneoord, was inevitable.

Georgie heard about Legacy Centre’s October awareness campaign, “Special needs children are different, NOT less!”, and their lollipop project to raise funds to create awareness about these children. When he found out, on top of that, that the Môreson children who receive home schooling would be visiting Legacy Centre last Friday, there was no stopping him.

The kids were hugely excited when Georgie came around the corner, and happily joined him in dancing and singing “Die wiele van die bus draai om en om”. Georgie shared some interesting information about the buses with the children, and was very pleased to hear that quite a few of them were regular GO GEORGE passengers. 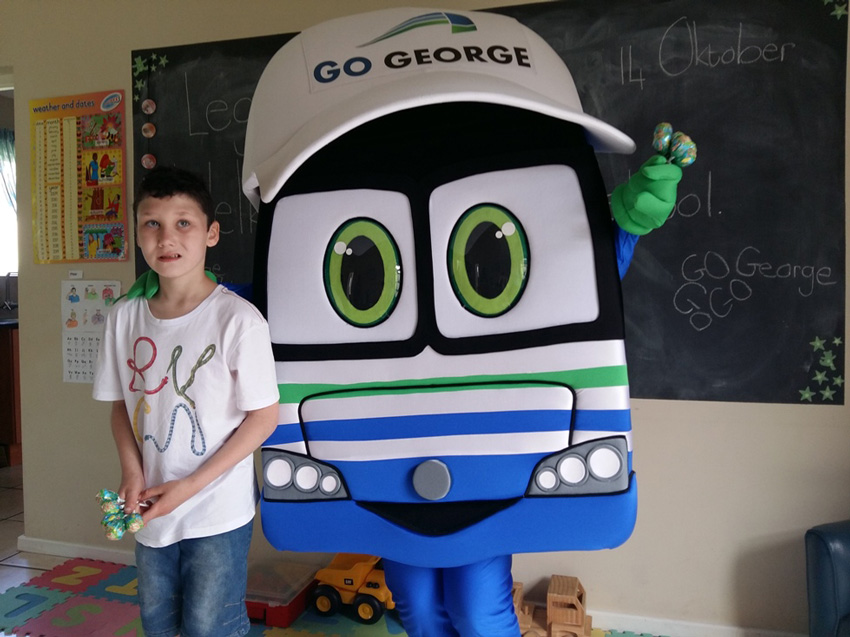 Migael van Deventer (10) is an autistic boy with star status in GO GEORGE circles. His mom, Mariza, says few things can make an autistic child smile, but for their son, GO GEORGE does just that when he rides on the bus. Here Migael and Georgie each hold up a handful of green lollipops to remind people that they can buy them to support Legacy Centre’s awareness campaign: “Special needs children are different, NOT less!” 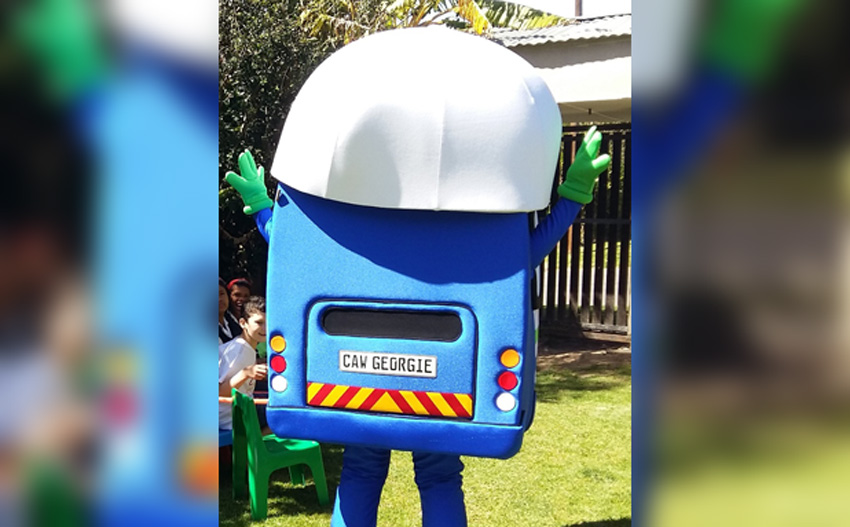 The visit at Legacy Centre was Georgie’s first outing with his flashy new numberplate: CAW GEORGIE. 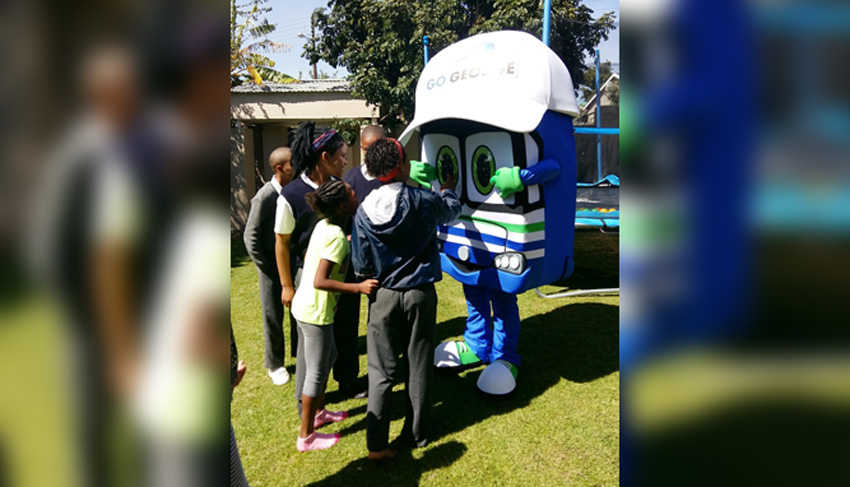 A small group of children at the Môreson Child and Youth Care Centre do better with home schooling than mainstream or special needs education. They were also paying a visit to Legacy Centre on Friday when Georgie dropped by. They were in awe of the friendly, colourful mascot and had lively conversations with him.