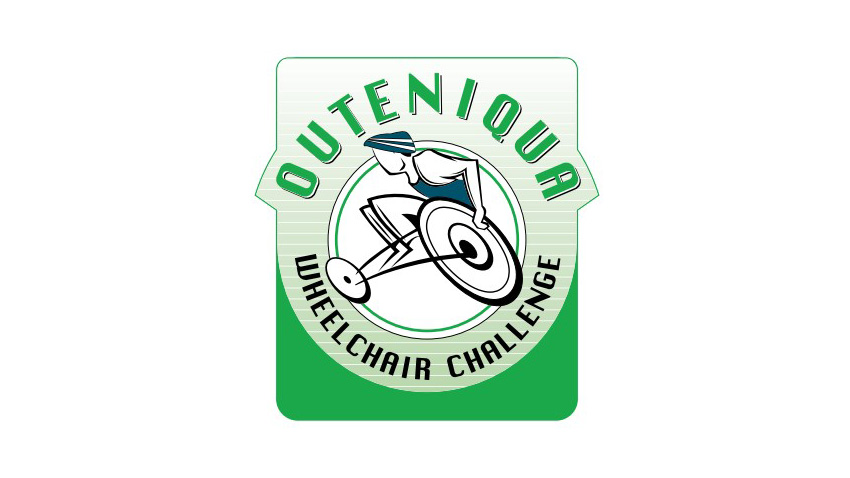 The GO GEORGE bus service will be making temporary changes to certain routes to accommodate the Outeniqua Wheelchair Challenge (OCC) taking place on Saturday 18 February 2017. A section of York Street will be closed, and traffic will be constricted to one lane in Beach Road, Pacaltsdorp.

From 10:00 on Friday, 17 February, the Pacaltsdorp routes into town will take a slight detour via Hope and Lang Streets back to York Street, and from 06:00 – 17:00 on Saturday, they will be rerouted via PW Botha Boulevard. The rest of the routes that are diverted, will be affected from 06:00 – 13:00 on Saturday only. Passengers are requested to study the explanation of the changes below, and are encouraged to phone the GO GEORGE Call Centre on 0800 044 044, should they have any doubts, or need help planning their trips on the day. 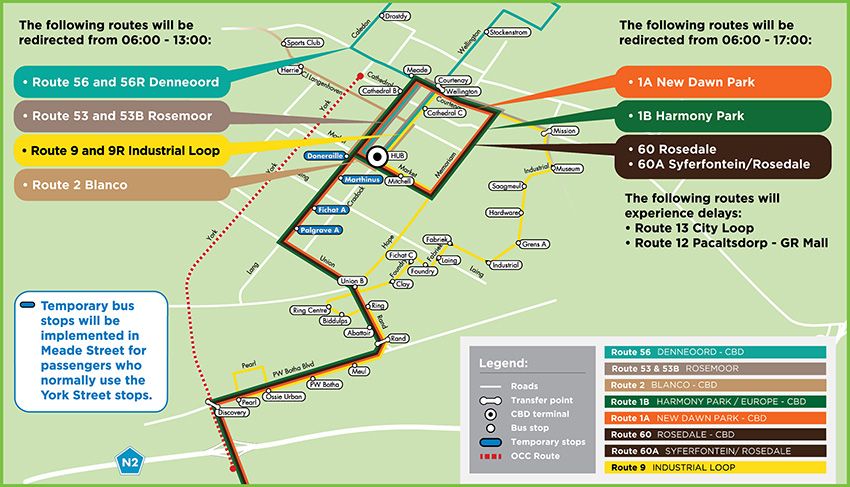 Temporary stops will be implemented along Meade Street for passengers who normally use the bus stops along York Street. These stops will be at the following crossings:

1A New Dawn Park, 1B Harmony Park, 60 Rosedale and 60A Syferfontein/Rosedale

Routes 1A New Dawn Park, 1B Harmony Park, 60 Rosedale and 60A Syferfontein/Rosedale will all follow their normal route up to the traffic light at Stanmar Motors, where they will turn right.  These buses will continue along PW Botha Boulevard, turn left into Rand Street, continue into Union Street and turn right into Meade Street, all the way to Courtenay Street where it will turn right and follow the normal route around the superblock.  The return route is via Meade Street instead of York Street, and will follow the same diversion until it reaches Beach Road, where their respective normal routes will apply.

Route 2 Blanco will follow the normal route to the CBD.  The return route will be along Market Street, right into Meade Street and left into Hibernia Street from where it will cross York Street, back to Blanco as usual.

Route 53 and 53B Rosemoor will run as usual up Courtenay Street, but will turn left into Meade Street instead of York Street, and left again into Market Street towards the stop in Cradock Street. It will follow the normal route back to the Garden Route Mall.

Route 9 Industrial Loop will be rerouted as both York Street and the upper part of Hope Street will be non-operational. The forward (clockwise) loop will follow the normal route from the CBD, but just before the crossing of PW Botha Boulevard and York Street at Stanmar Motors, the bus will make a wide U-turn by turning right into Pearl Street, right into Ossie Urban Street and left into PW Botha Boulevard. From there, it will turn left into Rand Street, left into Ring Road, left into Rand Street, and then right into Hope Street, following its normal route back to the CBD.

Route 56 Denneoord will turn right from Market Street into Meade Street, and left into Courtenay Street to the circle, from where it will follow the normal route.

Route 56R Denneoord will follow the normal route up to the circle, then travel east along Courtenay Street and turn right into Meade Street, then left into Market Street to its usual stop in Cradock Street.

Route 13 City Loop might possibly experience delays as it needs to cross York Street between Plattner Boulevard and Union Street. Traffic will be regulated, with wheelchair athletes getting preference.

Route 12 Garden Route Mall could also experience delays as the OCC route will be crossing the bridge over the N2 at Stanmar.

There may be delays on all these routes due to traffic being redirected and congestions at the crossings at York Street, as well as detours being longer in distance than the normal routes.  No other routes will be affected.