The Grade Rs getting ready to board.

An outing to the Botanical Gardens by GO GEORGE bus is becoming an annual event for the little tots at Sonneblomland Crèche in Protea Park. A total of 61 youngsters, aged between two and six years and accompanied by a group of vigilant teachers, hopped on the bus last week for their quarterly outing.

This particular outing, the school’s third bus ride, exposed them to public transport as well as the wonders of nature, and the children came back late afternoon, a lot wiser than they had started out the day. Amongst many other things, they learned how universally accessible the buses have been designed, to allow even the “shorties” to board on their own. 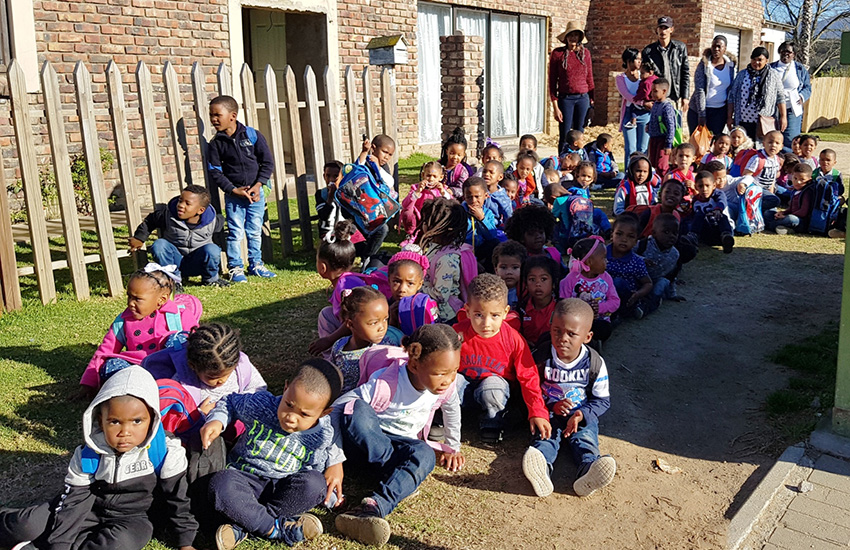 A very well-disciplined group of tiny tots from the Sonneblomland Crèche waiting for the GO GEORGE bus to arrive. Luckily, there is a bus stop right in front of their school.

Oh my … our legs are too short to step onto the bus! 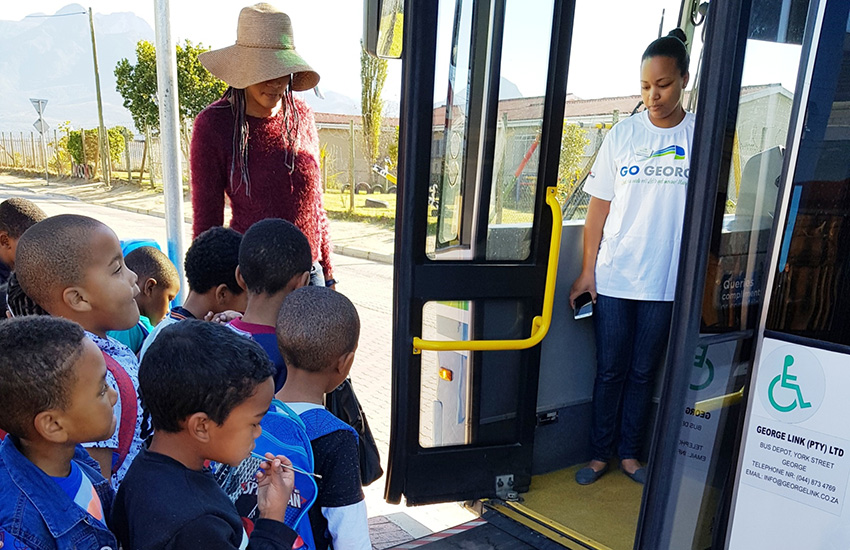 but GO GEORGE has a plan. First, the bus knelt down to lower its entire body, then a
ramp was deployed to make the bus accessible to the “shorties”.

Boarding the bus, very independently and like travellers on a mission.