How is ticket price calculated? 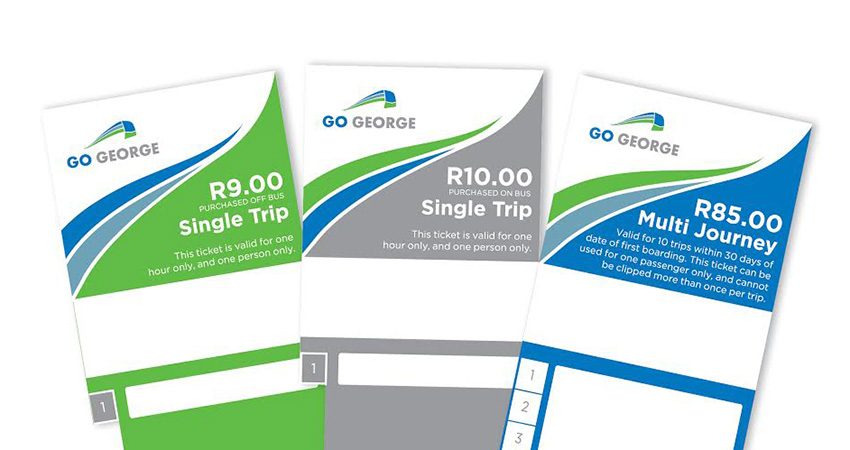 GO GEORGE runs on a distance-based fare system. All routes planned for the initial roll-out, fall within the shortest (15km) distance band, and will be charged at the basic price of a one-hour trip.

The fare is linked to the minimum wage of a domestic worker, as determined by the Depart-ment of Labour. The fare calculation takes into account the capacity of a domestic worker to afford the cost of public transport, based upon national objectives that no more than 17.6% of an individual’s monthly income should be spent on transport.

From 1 February 2017, a single ticket will cost R9, bought off bus (R10 if bought on the bus), and R85 for a multi-journey ticket (10 trips). This tariff is government subsidised and not nearly the real cost of travel, and will be adjusted annually.

It is standard procedure for municipal tariffs to be adjusted every year. A tariff increase for GO GEORGE bus tickets has been approved by the City Council with last year’s annual adjustments, but kept back until now. This means that passengers were spared any increase during the first two years of the bus service’s existence.