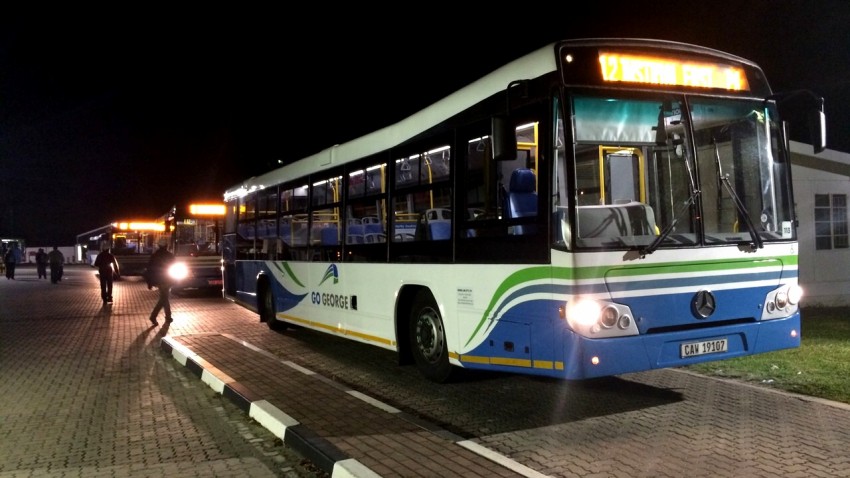 The first buses leaving the bus depot for the roll-out to Pacaltsdorp early on the morning of 2 May, last year. The service to this area is being refined to suit the needs of our passengers.

Another series of route refinements to the GO GEORGE bus service, based on passenger feedback on the Pacaltsdorp routes, will be implemented on Sunday, 10 April 2016. This is the second set of such refinements that already addressed the needs on the Rosemoor and Denneoord routes last month, and will be concluded shortly with changes to the service in Blanco.

This weekend’s refinements will address needs such as a route into Syferfontein, a new community route that will give passengers access to community- and health services in Pacaltsdorp itself, and additional trips in Rosedale where demand has been exceeding available services lately. Additional buses in the afternoon after school on all three routes going into Pacaltsdorp will also increase capacity to transport schoolchildren drastically.

The route refinements are as follows:

Route 1A New Dawn Park: Weekdays: There is an additional express trip at 07:00, departing from the Protea stop and going via Mission Street to Beach Road, as well as additional trips at 07:45 from New Dawn Park to the CBD, and at 13:45 and 14:45 from the CBD.

Route 9 Industria: The 05:00 trip on this route falls away due to lack of demand.