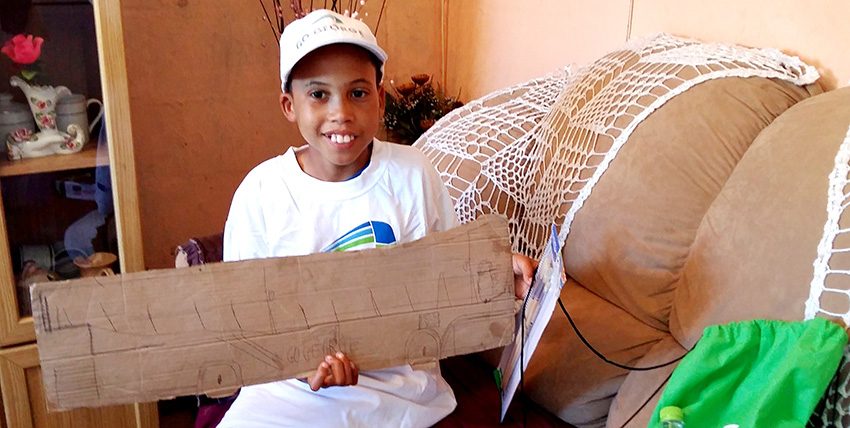 Divann Goliath creates his own bus fleet to travel on his roads around the house. He now received brushes and blue and green paint, and can hardly wait to paint his buses.

“Look, nothing in this yard is exempt from bus pictures, bus stops and bus routes. And we have to tread very lightly when considering to pass close by Divann’s bus works and maybe disturb some small detail.”

David Goliath chuckles when he speaks about his 11-year- old son’s infatuation with GO GEORGE – not only the buses, but the entire system.

Divann, an autistic boy who attends school at the Carpe Diem School for children with special needs, dedicates every spare minute at home to his own bus network. He builds roads, draws buses and bus stop signs on cardboard and cuts them out, packs long lines of passengers with small stones and, alas, draws his beloved buses on the walls inside the house. 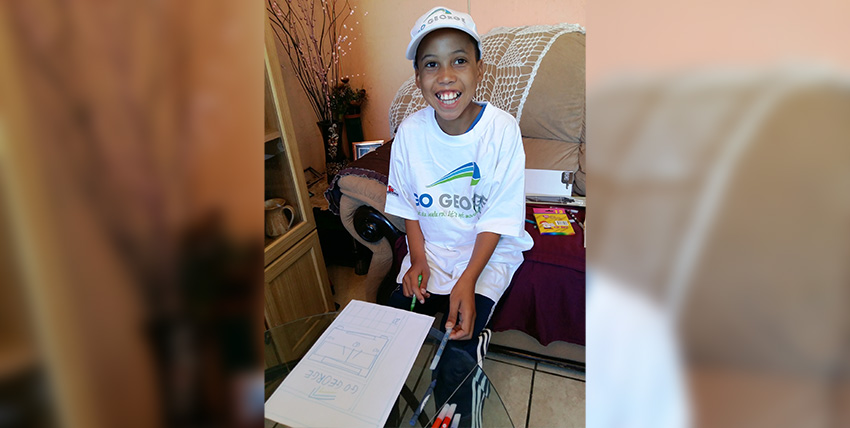 Divann immediately unpacked his crayons to draw a bus stop sign. The lad’s skilfulness in putting his hand to paper and drawing a complicated picture in perfect proportion is impressive. Divann bus stops each has a different name – often just route names that he sees on passing buses.

“I’ve had to repaint the wall of that room so many times, since the man’s inspiration simply has no end,” laughs David.

When GO GEORGE heard about Divann’s love for the buses, a delegation paid a visit to the young man and took along a “lucky packet” which he unpacked with great excitement. It contained an entire pack of paper to draw on, crayons, colour pencils, a whole bunch of brushes and two pots with paint powder in the green and blue of the GO GEORGE buses. A special GO GEORGE drawstring bag with a t-shirt and cap that he immediately put on, added to his surprise. 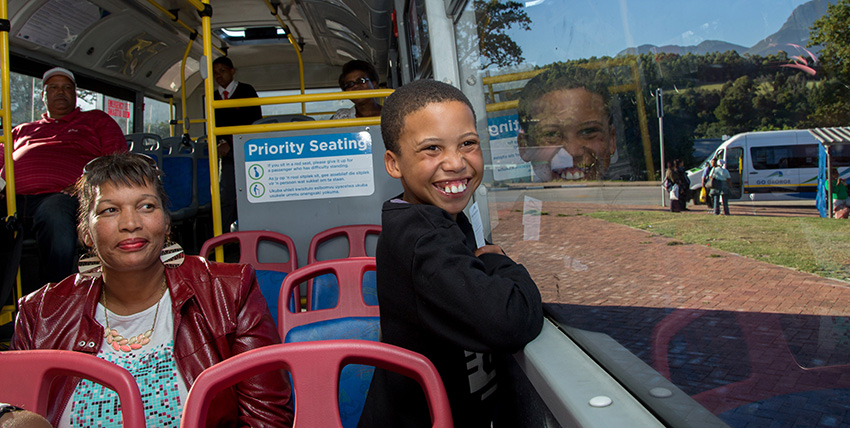 This face says: my cup is running over! Divann Goliath (11) thoroughly enjoyed the extensive bus tour through town. On his left is his mom, Suzanne, and behind them, far left,is his dad, David.

The young artist immediately got busy with his blue and green crayons and drew a very good version of a bus stop board, literally within minutes. His artistic talent and sense of proportion impressed his visitors greatly, while his mom, Suzanne, had a good laugh about the wall drawings that would certainly be done in colour from now on.

To make the lad’s cup run over even further, the GO GEORGE team worked out a special bus tour for Divann and his parents last week. They boarded a bus close to their home in Rosedale, made a stop at the Hub in the CBD and took some photos, caught a bus to Blanco and came back to the Hub to transfer to a bus taking them to the Garden Route Mall. 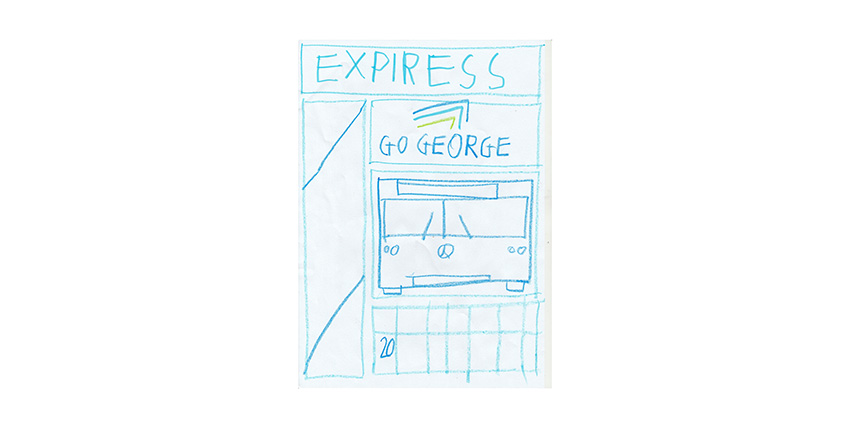 Divann bus stops each has a different name – often just route names that he sees on passing buses.

His elder sister, Janique, says he took her cellphone from her and took photos of bus stops as far as they travelled. Divan most definitely is a bus stop man. And after the tour, he has a whole lot of new names to write on his sign boards.